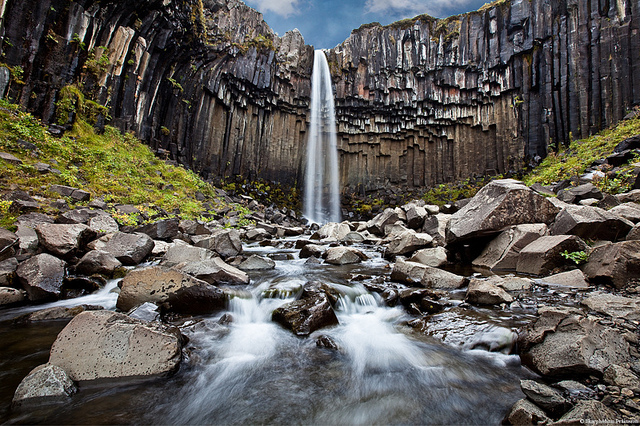 Skaftafell is renowned in Iceland for its agreeable climate and the sunny days in summer, uncommon in the south of Iceland.

Skaftafell National Park was a national park, situated between Kirkjubæjarklaustur and Höfn in the south of Iceland. In 2008, it became a part of the larger concept,Vatnajökull National Park.

It was founded in 1967, and enlarged twice afterwards. At first it measured about 4807 km2 , making it Iceland's second largest national park.

Some say the landscape is very similar the Alps, but it has been formed in thousands of years by different influences of fire and water. Volcanic eruptions under the ice-cap can give rise to jökulhlaups (glacial floods) which  swell the Skeiðará river massively. The sandy wasteland between the glacier and the sea caused by jökulhlaups is called Skeiðarársandur ( where Justin Bieber made is famous video ), and is a typical Sandur. The last large jökulhlaup occurred in 1996.