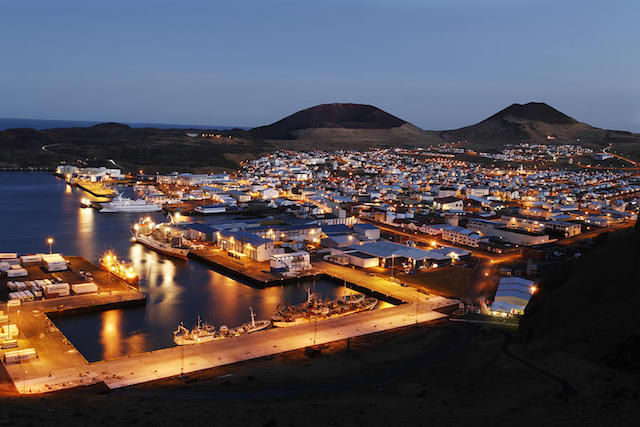 Jagged and black, the Vestmannaeyjar (sometimes called the Westman Islands) form 15 eye-catching silhouettes off the southern shore. The islands were formed by submarine volcanoes around 11,000 years ago, except for Surtsey, the archipelago’s newest addition, which rose from the waves in 1963. Surtsey was made a Unesco World Heritage Site in 2008, but its unique scientific status means that it is not possible to land there except for scientific study.

Heimaey is the only inhabited island. Its little town and sheltered harbour lie between dramatic klettur (escarpments) and two ominous volcanoes – blood-red Eldfell and conical Helgafell. These days Heimaey is famous for its puffins (around 10 million birds come here to breed); Þjóðhátíð, Iceland’s biggest outdoor festival, held in August; and its new volcano museum.